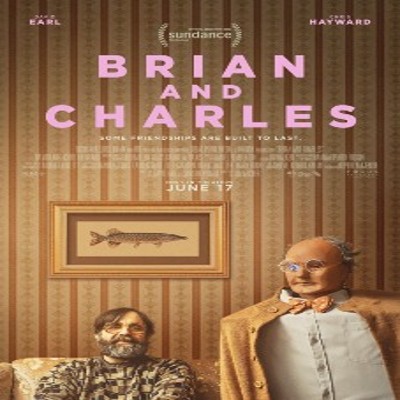 Brian and Charles 2022 Movie Review. Brian Gittins is very lonely, lives in Wales in a small village and is engaged in invention, although his designs are rarely working. One day at a junkyard where he was collecting scrap metal, Brian stumbled upon a mannequin head. And after that it occurred to him to build a reasonable robot. But, as always, he was unable to activate it. But, the same night, during a thunderstorm, he saw that his android was activated and sadly wandering around the yard. The hero decided to let him into the house.

By morning, it turned out that the robot found a dictionary and learned English, and besides, he gave himself a name – Charles Petrescu. Now Brian and Charles spend a lot of time in communication, however, the robot is drawn to further exploration of the world around him, but Brian does not let him go far from himself.

Brian works as a laborer in a nearby town. And one day he takes his new friend with him. Truth orders him to stay in the back of his car. There, the robot is discovered by Hazel. Brian likes this girl very much, and besides, she is the daughter of the mistress for whom he works. The hero asks her not to tell anyone about Charles. The impressed girl asks the three of us to go for a walk by the lake…

Soon the evil neighbor Eddie finds out about Charles, at first he wants to buy a robot, but after refusing, he kidnaps him and tries to burn him. But Brian and Hazel manage to save their iron friend … In addition, with the help of the city community, Eddie is disgraced and expelled. And Charles becomes a full member of the human community. Brian even provides him with the necessary document, and now Charles can travel the world without hindrance.