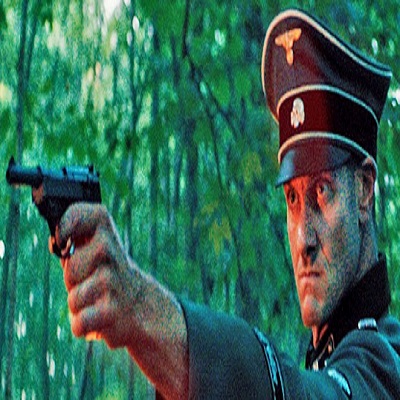 The plot of this film takes place in 1944 in German-occupied France. The protagonist of the action movie is a Jewish-American fighter pilot, Captain David Holden (James Maslow), who flies a B-17 bomber. He, along with his team, were looking for a hidden Nazi base located deep in the forest. Three planes were ambushed by a pair of German pilots who flew American fighters to fool the pilots. The fact is that during the Second World War there was a German special operations unit KG 200, which repaired downed Allied aircraft, and then used them on the battlefield as bait.

After the dogfight, only David and a few members of the bomber’s crew survived. While the plane crash-landed on the German base it was supposed to destroy, Holden hid among the trees of the surrounding forest. He was hunted by a Nazi patrol and Luftwaffe Major Eric Roth (Trevor Donovan), whose brother and partner was killed by an American pilot. Meanwhile, the entire team of surviving bomber officers are captured. However, they learn terrifying information – at the German base, the dastardly Colonel Krieger (John Turk) wants to repair an American bomber and load it with an ultra-modern weapon: a single bomb that can level an entire city to the ground.

Now Holden and his team must not only find a way to get out of captivity, but also thwart the villainous colonel’s plan to attack London. In parallel with this mission, he will have to evade a team of Nazis led by Captain Werner (Michael Foster) and Major Roth, who seeks to avenge the death of his brother.