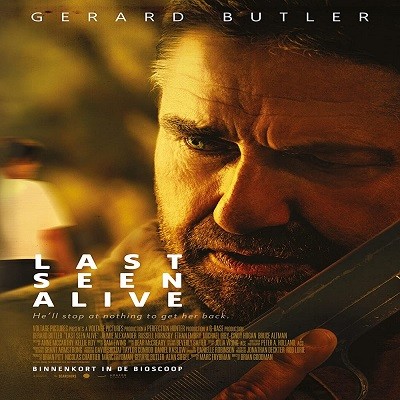 Last Seen Alive, a new action-thriller from director Brian Goodman (2017’s Black Butterfly starring Antonio Banderas), appeared out of nowhere, opening in a handful of cinemas in select territories with no fanfare. At the time of writing, no release date for the United States or the United Kingdom had been announced; only Australia and the Netherlands had seen it thus far. Despite this, and despite its current IMDb rating of 5.8/10 (plus three mediocre user reviews), Last Seen Alive is worthy of your attention whenever it becomes available. Get full movie Last Seen Alive 2022 lookmovie site in HD. 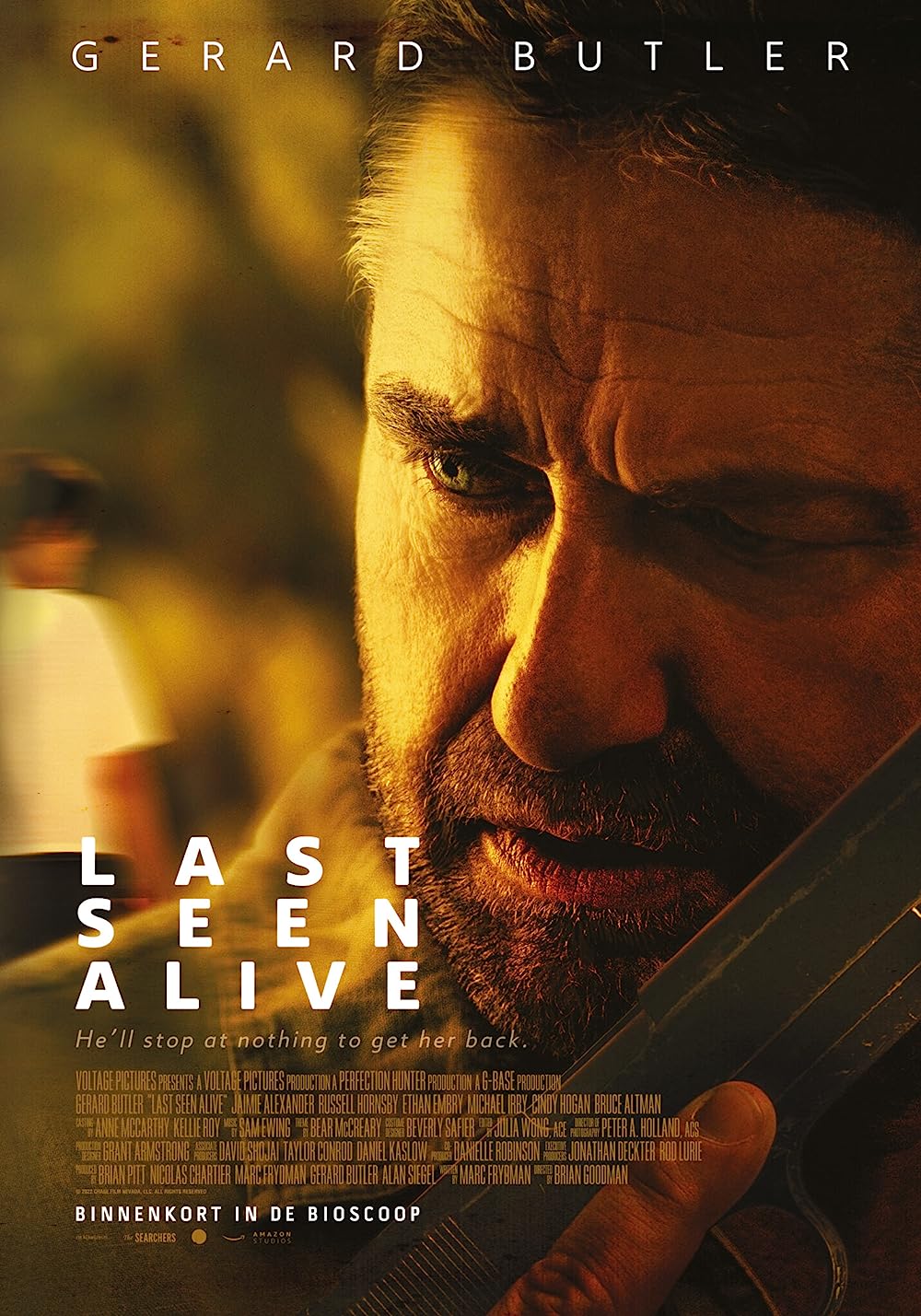 This is a taut, gritty action-thriller led by the dependable Gerard Butler that moves at an agreeably frenetic pace and never becomes bogged down in extraneous subplots or politics. It certainly has more gravitas than your average direct-to-video revenge film starring the likes of Steven Seagal.

Will Spann (Butler) is a wealthy real estate developer going through a difficult time with his wife, Lisa (the stunning Jaimie Alexander), who has committed adultery and requires a divorce. The two are travelling interstate to Lisa’s hometown for her to stay with her parents while she works things out, but she mysteriously vanishes during a pitstop at a gas station after a somewhat tense exchange.

Will immediately takes action to find her and enlists the help of the local authorities, but he cannot stand by while the police conduct their official investigations in the critical hours following her disappearance. Will, determined to do whatever it takes to safely retrieve his wife, follows his own leads, which leads him to the town’s seedy criminal underbelly.

Last Seen Alive, written by long-time movie producer Marc Frydman (his second screenplay credit), is relentless and no-nonsense from the start; in fact, Lisa’s abduction occurs within the first ten minutes. With its frenetic pace and lack of narrative padding, it reminded me of the Kurt Russell/Jonathan Mostow film Breakdown, though the scope is smaller and there are no expensive set pieces. Indeed, the thrills in this film come from smaller moments, such as a tense scene in which Will sneaks into a suspect’s trailer and gets into a brutal brawl, or a sequence in which Will sneaks around a drug camp trying to remain undetected.

This is not to say that the film is cheap or nasty; on the contrary, it feels expensive and skilled with the exception of a few moments (there’s a shaky-looking digital explosion in the third act that won’t impress anyone). Nonetheless, the script feels overly clichéd at times, and the dialogue is fairly standard – there’s little wit or humour. However, I doubt anyone expected sharp dialogue.

Thankfully, Last Seen Alive is an R-rated action thriller. I went into the theatre blind and unaware of the film’s rating (I went with my mother, who adores Gerard Butler), but the word “motherfucker” is literally said within the first ten seconds of the film (in the first line of dialogue), before the freaking title card. Expect no nonstop profanity or excessive bloodshed, but the film does not shy away from bloody bullet wounds or swearing and does not pull any punches.

The action is sparse but brutal and effective; the choreography is solid despite some set-pieces taking place in dim lighting. Butler shines as expected in the lead role; while he’s not on the same level as Stallone or Schwarzenegger (far from it), he’s a reliable action star who looks believable when wielding a firearm. Those who enjoyed Butler’s performance as Mike Banning in the Fallen films (as well as Copshop and Den of Thieves) will enjoy Last Seen Alive.

Mid-budget, R-rated action-thrillers like Last Seen Alive are becoming increasingly rare in 2022, as the genre is dominated by direct-to-video garbage and studios are more concerned with superhero films or agenda-driven pap, making this one all the more refreshing. It wouldn’t surprise me if this screenplay was written in the 1990s, as the plot is gloriously old-fashioned in all the best ways (I mentioned Breakdown, but I was also reminded of Frantic with Harrison Ford). For fans of the genre, this is a throwback, old-school manly film worth seeing.