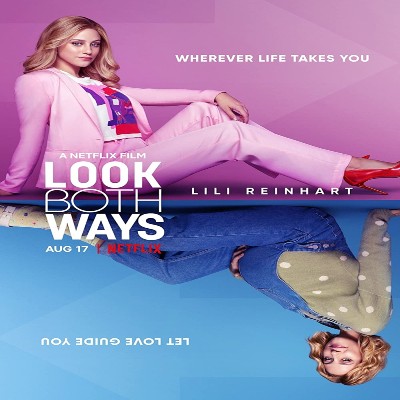 This film tells the fascinating story of a young girl, Natalie (Lili Reinhart). She just graduated from college and is on the verge of an adult and independent life. In fact, Natalie has long thought about her future and even made a clear five-year plan, according to which, after graduation, she will go to Los Angeles, where there are career opportunities. However, everything collapses in an instant when Natalie makes one rash decision – to enter into a sexual relationship with her best friend, drummer Gabe (Danny Ramirez).

Next, viewers will witness two disparate versions of Natalie’s life in the same timeline. In the first of them, after a night together with Gabe, Natalie finds herself pregnant. Now this fateful event radically changes her plans. When Natalie’s parents (Luke Wilson and Andrea Savage) find out about their daughter’s situation, they are furious and want Gabe to give up his dreams of a music career as well, just as Natalie gave up the trip to Los Angeles. What’s more, parents are concerned that the teens were never meant to be a real couple, but only friends. Can they now become good parents to a child?

In the second version, Natalie is not pregnant, it was just a false alarm. She leaves safely for Los Angeles with her best friend Kara (Aisha Dee). At first, they face great difficulties, struggling to survive and trying to find a decent job. Natalie strives to follow her love of animation. In one of the companies she meets a handsome young man Jake (David Korenswet). Despite disagreements over animated film adaptations, the two grow closer and begin dating.