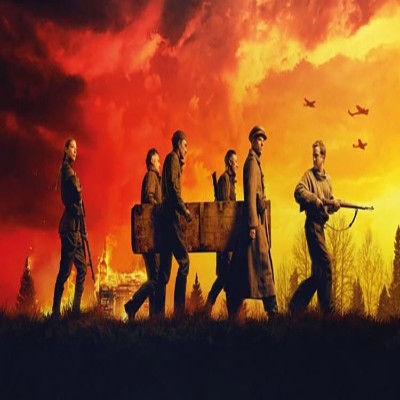 The action of the plot of this thriller takes place at the end of 1991, when the Soviet Union collapses. One day, an intruder (David Alexander) breaks into the home of an elderly Jewish woman named Anna (Harriet Walter). Anna turns out to be not a timid woman, she is ready to defend her property to the last. The main character attacks the bandit, and then shackles him to the battery. In fact, this villain is not a thief, but a neo-Nazi who is sure that Anna, who emigrated from Russia to London, has evidence that Adolf Hitler survived the war and, having changed his name, fled. Anna is aware of these rumors and tells the man and all the audience the story that makes up the rest of the film.

At the end of World War II, Joseph Stalin ordered a group of Russian soldiers to safely and quickly deliver to him personally a secret cargo – Hitler’s body – from Berlin to Moscow. The then young Anna, known as Branagh (Charlotte Vega), worked for Soviet intelligence. She was aware of this mission. Aside from her and Stalin, only Soviet Army officer Thor (Barry Ward) and the truck driver knew about the contents of the coffin-like box. Branagh and her team bury the box every evening when they stop for the night, in case they are all killed, there is a chance that no one will reveal this secret.

On their way, they discover death camps and encounter German militias, engaging in deadly firefights with them. The Russian soldiers are helped by Lukasz (Tom Felton), a German of Polish origin, who, after the end of the war, found himself between two fires – he became persona non grata in his village and the target of the remnants of the occupying forces. Because Branagh is Jewish, she also fights against a government that despises Jews, even though she works for it.